Expert procrastinator that I am, I have a never-ending list of things I want to do and places I want to go that I take a million years to get around to actually doing. This week that list became one item shorter, when I attended the legendary gin tasting at Lazy Lounge.

The session was led by Tom, Lazy Lounge’s owner and resident gin expert. This was a promising start; I mean, this guy has managed make drinking gin into an actual occupation, and is therefore clearly a genius. He didn’t let us down – aside from telling us about each individual gin we tried (and there were a lot), we were also treated to a brief history of gin, covering its beginnings in Holland where the English first encountered it, the evolution of the distilling process and the 18th century ‘gin craze’ – bet you didn’t learn about that in GCSE History.

Some fun facts we learned about gin:

We kicked off the tasting with Bols Genever, which is supposed to be pretty close to gin’s original form. Hmm. I would not have recognised it as gin; it actually tasted more like tequila, and left a not-so-pleasant burning sensation in my throat. Next up was Bathtub Gin, a small-batch which Tom told us is the most popular gin on the tasting, but it wasn’t for me. I’m a fan of floral flavours and this one was almost spicy, which also made it seem more alcoholic than it actually was. I chased it with some tonic water… 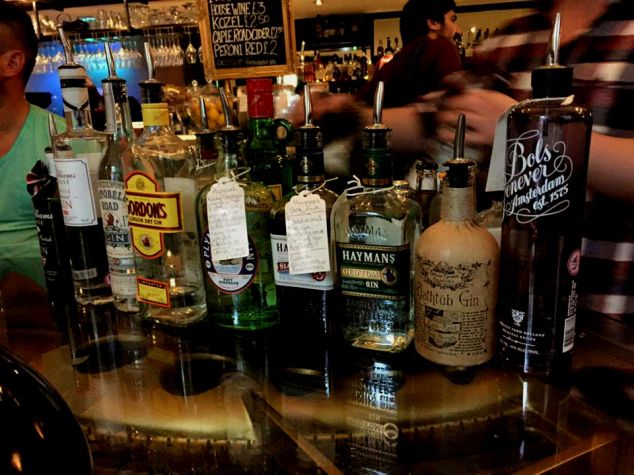 My memory became a little hazy as we progressed through the gins, but I think the final count came to about 12. Before you judge my alcohol tolerance harshly, it’s worth mentioning that it was only after the 4th sample that Tom realised he’d been serving us wine measures instead of gin measures. Yikes. A few stood out through the fog anyway, my favourites being Old Tom, Xoriguer and Portobello Road. I also tried sloe gin for the first time, and we had a lovely raspberry-infused gin that went beautifully with elderflower tonic.

Tom also gave us a quick lesson on tonic water; Schweppes is most bars’ go-to tonic, but I’ve always hated the bitter aftertaste. Turns out this is caused by the artificial sweetener that Schweppes use as a cheap alternative to sugar, and you can avoid it just by upgrading your tonic. We tried Fever Tree, which I believe I’ve had before at Town Street Tavern in Horsforth, and the difference was incredible. If you’ve tried a G&T and think you don’t like gin, chances are cheap tonic is your real enemy! 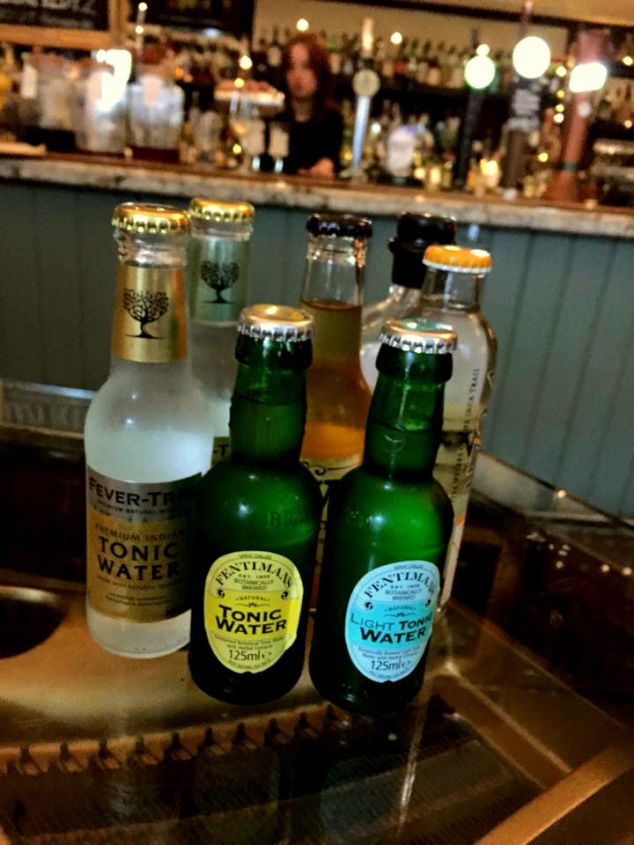 When the tasting was over, we hung around to enjoy a few elderflower and pomegranate gin cocktails before heading home. At £20 the evening is great value – not only had I got the equivalent of about 9 or 10 shots and plate loads of sandwiches and cake, I’d also sampled a huge array of gins and learned so much! Tom is a great host, and I’d recommend Lazy Lounge’s sessions to anyone. I’ll probably be back for the wine…

One thought on “Gin Tasting at Lazy Lounge”