I have a theory, and I call it the 3-month itch. No, it’s not a relationship fad or a dodgy STD, it’s an itch of the professional kind, and it comes, predictably, about 4 times a year. My 3-month itch refers to my strong belief that 3 months is the maximum length of time any sane person can spend consistently attending their full-time 5 days a week job without feeling the need to take a break.

Admittedly I base this theory mainly on my own experience. I enjoy my job but I definitely go through peaks and troughs with it – some days I love it, some days it drives me crazy, and every now and then it feels so mundane I can barely even motivate my brain to complete simple tasks. But at some point last year it dawned on me that, while the real highs and lows are usually motivated by something specific in my work environment, the smaller niggles of dissatisfaction can often be put down to the fact that I just need a bit of time away from my desk. More than the time it takes to go out for a sandwich and a coffee.

However, the cure for my 3-month itch goes way beyond just having some time off. Before Christmas I was feeling a bit down and couldn’t wait for a break, but I returned after 11 days off with the same restless discontentment as before and, though it had eased slightly, here I am less than 2 months later dying for some time off. If we disregard Christmas, the last time I used a day of annual leave was for a long weekend in Edinburgh with my boyfriend at the end of November, almost exactly 3 months ago. That was just a 3-day break, and yet I returned from that feeling so much more refreshed and energised than after my 11-day Christmas. It’s not enough for me to just have holiday, I need to actually go on holiday.

I know I’m not alone. There are so many blogs and surveys out there about how travel makes you a happier person, whether it’s the excitement of planning a trip, the experiences you have while you’re away or the simple effect of sunshine. Even this study by Jeroen Nawijn, in which participants reported a drastic ‘crash’ in happiness levels in the 2 weeks following a holiday (informally known as the post-holiday blues), concludes that overall participants who took holidays were generally happier than those who didn’t. This 2014 article by Forbes reports on a US study that found workers were not only less happy but less productive when they didn’t take their annual leave, which would explain why I often procrastinate and struggle to focus when I’ve spent a prolonged amount of time in the office. 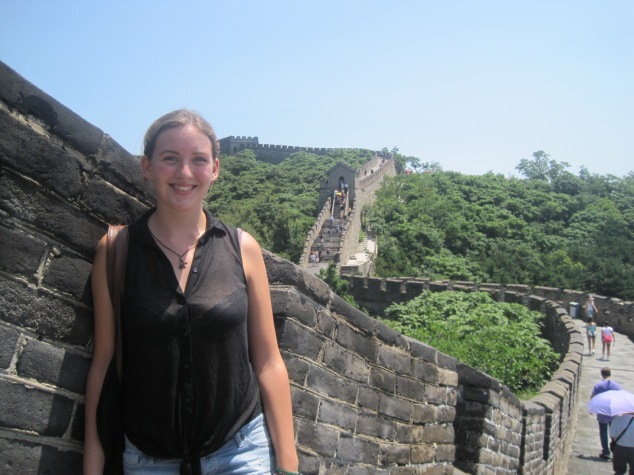 For me, travel has so many restorative qualities I can’t even count. Not only do you get physical and mental distance from your job, I’ve always loved the idea that jetting off to an unfamiliar place where nobody knows you is basically like getting a break from your whole day-to-day life. For a short time there’s no coffee shop where the staff have your drink order memorised, no local pub where you exchange pleasantries with other regulars, no well-trodden route to work that you can do on autopilot. Robbed of your routines, you’re pushed to actually think about all the little decisions you make, which makes you more curious, more alert, and more aware of the world around you. I’ve even found that this change in perspective can lead you to have little epiphanies about half-formed ideas you’re wrestling with, or breakthroughs in seemingly insurmountable problems.

In just 11 days I’m flying to Guatemala City for a whole fortnight of travelling around Guatemala and Belize, and honestly, I cannot wait. Not only is it going to be one of the most ambitious and adventurous trips I’ve ever been on, its’s the first time I’ve taken a 2-week holiday since starting at my company more than 2 years ago, which now I’ve realised it seems insane to me. My 3-month itch is about to be soothed in spectacular style, and when I come back I’m going to bring my mojo with me.

Does anybody else get a 3-month itch? What do you do to fix yours? Let me know in the comments!

5 thoughts on “The Three-Month Itch”