Last Wednesday I was invited by Emma to be her plus one for an event at Iberica, a fairly new tapas restaurant on East Parade that’s drawn a lot of attention on social media for having the most beautiful bathrooms in Leeds. While I’d heard a lot of praise about the toilets, initial reviews I’d read of the food were not that enthusiastic, but a few weeks ago my Spanish housemate mentioned that she’d been with her parents and thought the dishes were excellent. I figured she ought to know, so I was thrilled to be able to try it out myself.

When we arrived we were offered a glass of red, white or cava sangria, and took our seats in the beautifully decorated dining room. I opted for red as it’s my go-to sangria choice but also tried the cava later on which was delicious; I’d never had it before and didn’t actually know it existed. More tapas restaurants should get on the cava train! We were introduced to the chef, who came out with every course to talk us through the dishes and tell us interesting facts about how they were made.

Before long our first course came out – tasters of the salmarejo and red berry gazpacho soups presented in shot form. We were given spoons and politely reached for them, but the chef assured us it was better to just knock it back. I rarely have cold soups but always find them surprisingly tasty when I do – the red berry gazpacho in particular was so zingy and refreshing. 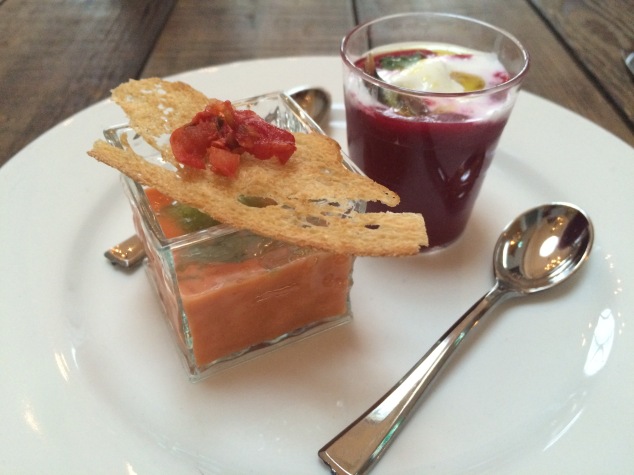 This was followed by salad dishes – one was a blue cheese and pear mix that I avoided due to a hatred for blue cheese, but it was popular with the rest of the table and Emma was all too happy to eat my share! I didn’t mind as the other dish was a foie salad that I honestly think is one of the best things I’ve ever eaten- the foie was served in flakes over salad leaves, so delicate that it seemed to melt away as soon as I put it in my mouth.

Next up was the fish course, served with a bottle of crisp white wine called Palacio de Canedo. There was a lovely plate of sea trout that fell apart in my mouth, but I preferred the lighter taste of the hake. I’m not sure what the sauce was that it came with, but it tasted like a pee puree and made my photos look lovely! 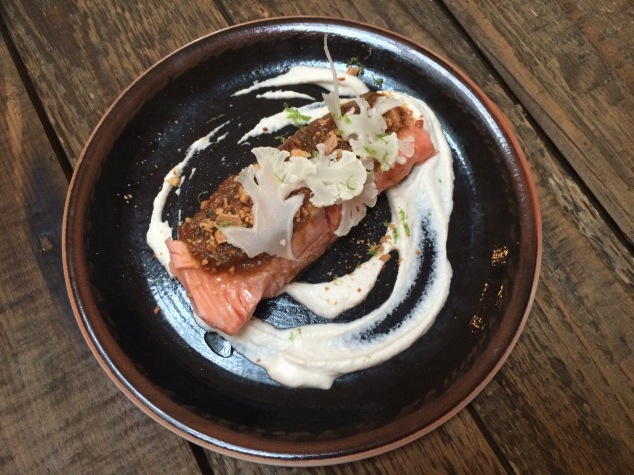 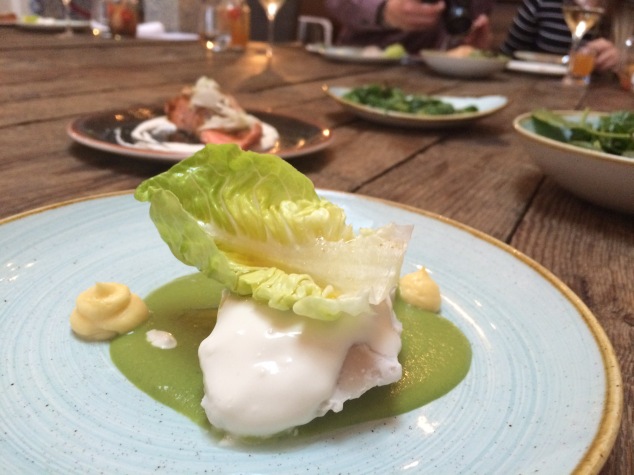 We then moved onto plates from the Grill menu, feeling pretty full and more than a little merry as glasses of red wine were poured for us. Iberian pork is world famous so of course Iberica are very proud of it, and we were served three different kinds to sample – Abanico, Pluma and Secreto. I thought the Pluma was a little more fatty than the other two which made it my least favourite, but they all melted in your mouth in a way that British pork never does. We also tried rubia gallega steak, served rare with sides of chips and piquillo peppers. The grill items are the most expensive plates on the menu and at first glance seem steep for tapas, but I recommend splashing out at least one – they are definitely worth it. 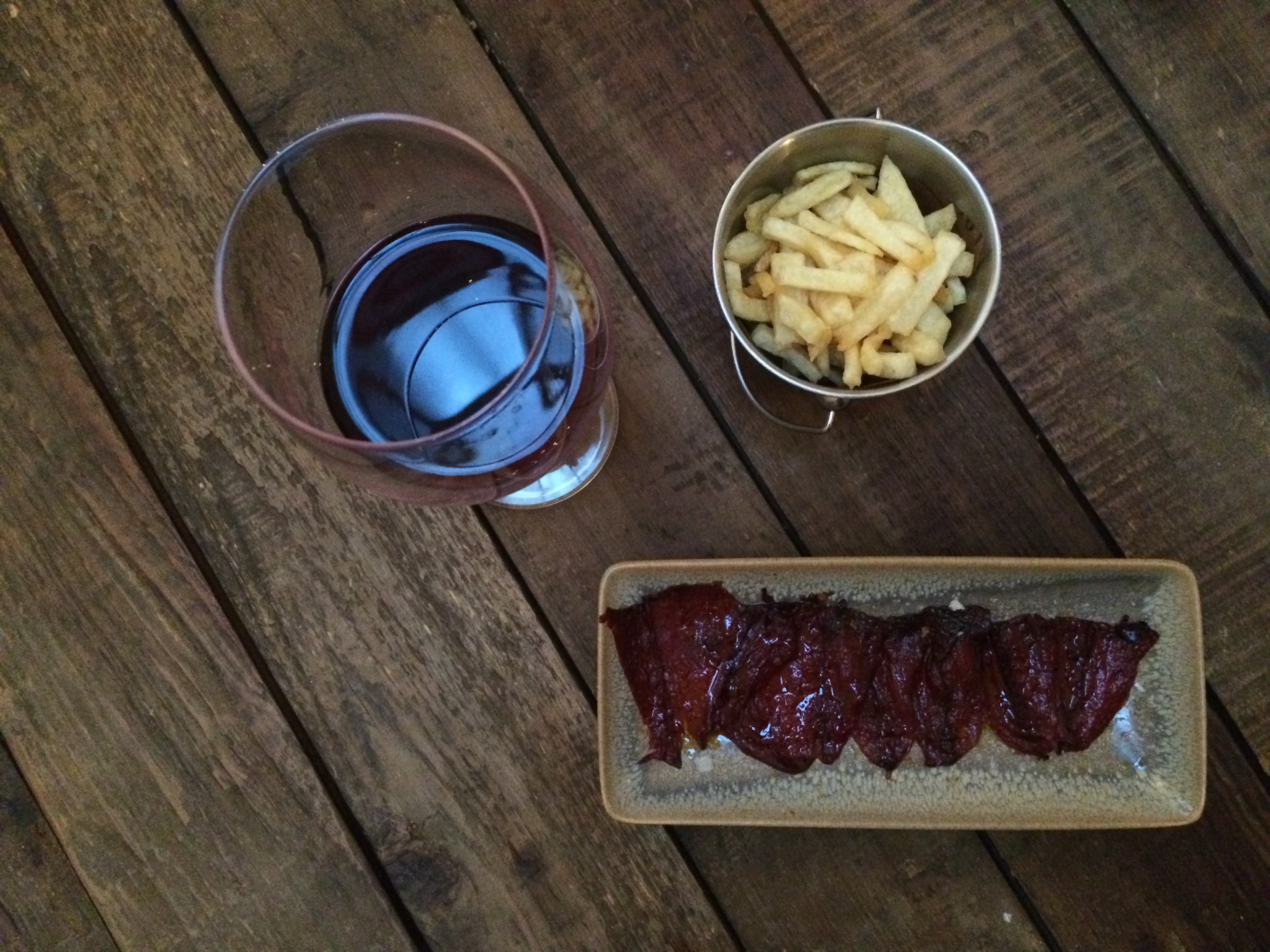 We finished with a taste of the Spanish rice pudding, which has a hard caramelised shell like a creme brulee, and tarta de la abuela, a creamy, heavenly mix of vanilla and chocolate. We also got to try the Casta Diva dessert wine, which has a sweet, almond-y taste without being sickly.

Before we left we got shown around the restaurant and the more casusal bar/delicatessen that’s hidden away downstairs, and got treated to some lovely goodie bags which contained, among other things, an amazing wine pourer with a long spout, designed for wine to be poured from a distance into the glass. Our lovely waitress was amazing at it – I wish I’d had time to ask her for some tips before I left but perfecting that skill is now my new life goal. 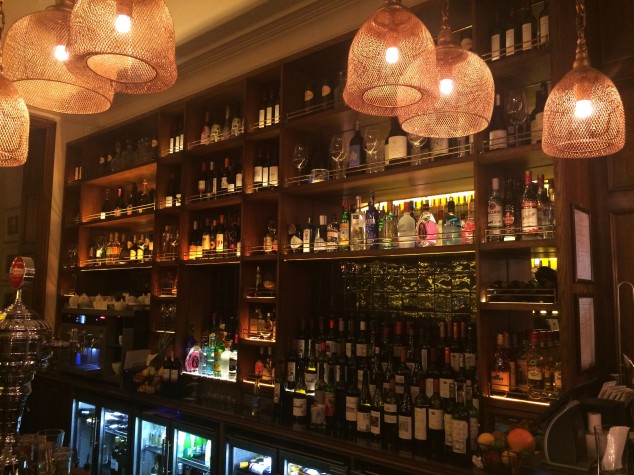 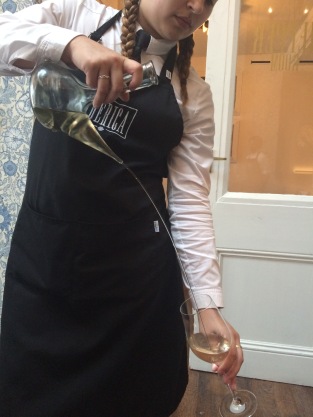 It was an amazing evening with gorgeous food, good company and lovely service, and I felt like Iberica go above and beyond to deliver a really authentic experience. My other favourite tapas places in Leeds are Cuban-style Viva Cuba and Ambiente which prides itself on its ‘Yorkshire twist’, so it’s exciting to have a top quality tapas restaurant in Leeds that’s really focusing on its Spanish roots. I’ll definitely be back!

2 thoughts on “An Evening at Iberica Leeds”