Aside from my Reading Challenge updates, I don’t really do book reviews on my blog. I think my English degree past leaves me worried that I’ll either come across as a pretentious twat, or try so hard to avoid coming across as a pretentious twat that I end up oversimplifying my thoughts to a mind-numbing extent. Whatever the reason, I usually just stick to short comments on my Goodreads account and discussions with my fellow bookworm pals, and that’s enough. But recently I read Marina Keegan’s The Opposite of Loneliness, and it got under my skin. It’s still there. So I’m going to try and put into words exactly what pulled me so deeply into this book, and why if you only read one thing this year, this should be it.

First, some background. The Opposite of Loneliness is a collection of short stories and essays, the first and only book by 22-year old Yale graduate Marina Keegan. It will always be her only book, because 5 days after she graduated she died in a car crash. Shortly afterwards her last essay for the Yale Daily News, ‘The Opposite of Loneliness’, went viral, and now we have a collection of her work from writing workshops, college classes and the Yale newspaper to remember her by. 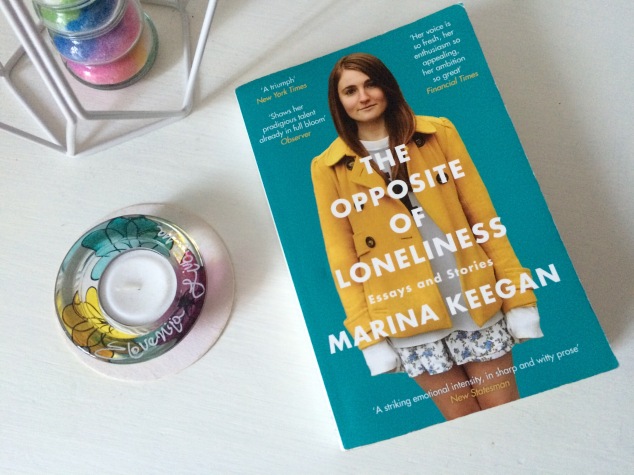 In the introduction, one of her writing professors Anna Fadiman comments that “Marina wouldn’t want to be remembered because she’s dead. She would want to be remembered because she’s good.” The possibility that Keegan’s book has only received such critical acclaim because she’s dead is one that has been pointed out by many critics, but I’d offer a softer viewpoint. Yes, a part of the weight of this book comes from the fact that the author died a premature and tragic death – how could it not? But the tragedy lies not in the loss of her life alone, but in the undeniable potential that exists in her writing. Her style is unpolished sometimes and the pieces aren’t all winners, but she was only 22 years old. She knew she wasn’t perfect; Fadiman recalls that when challenged to write a list of ‘personal pitfalls’ Keegan wrote as her last point, “THERE CAN ALWAYS BE A BETTER THING”. She was supposed to have time, so much time, to develop her writing and grow her body of work, but she never did, and that’s the real tragedy.

I think more than anything The Opposite of Loneliness serves as a reminder that we shouldn’t take time for granted; that even when we’re having a bad time we should be grateful for each new day that we get. Marina’s personal essays show how preoccupied she was with the future, her future, and as all 22-year olds should be able to do she treated it as a given. From her concern with the career fates of Yale’s student talent in ‘Even Artichokes Have Doubts’ and her musings on the survival of the human race in ‘Putting the “Fun” Back in Eschatology’ to her passing reference to being pregnant (a ‘when’ not a ‘if’) in Against the Grain, she betrays such strong investment in the future that was never granted to her, and that’s why I can’t shake this book. 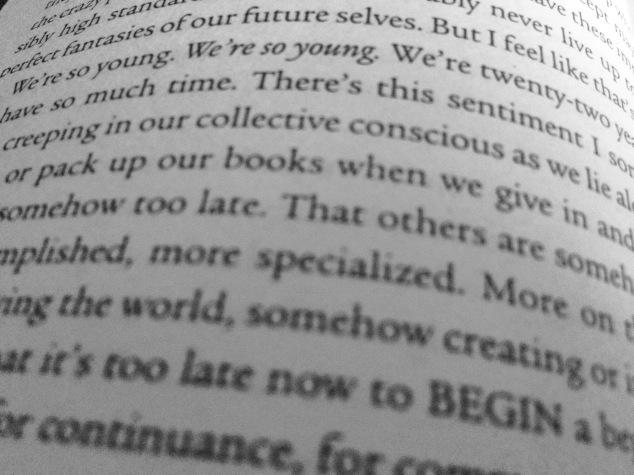 In her viral speech to her graduating class ‘The Opposite of Loneliness’, there’s this great passage about how young they all are and how much time they have, how it’s still possible to begin something new or change paths. And she’s right – I’m a firm believer that however old you are it’s never too late to start again if you’re in a life that doesn’t make you happy. But I suppose the other side of that coin is, we never have as much time as we think we do. So we have to make things happen right now.

Have you read The Opposite of Loneliness? What did you think?

8 thoughts on ““We Have So Much Time”: On The Opposite of Loneliness”